Fighting for a Diagnosis and Advocating for You 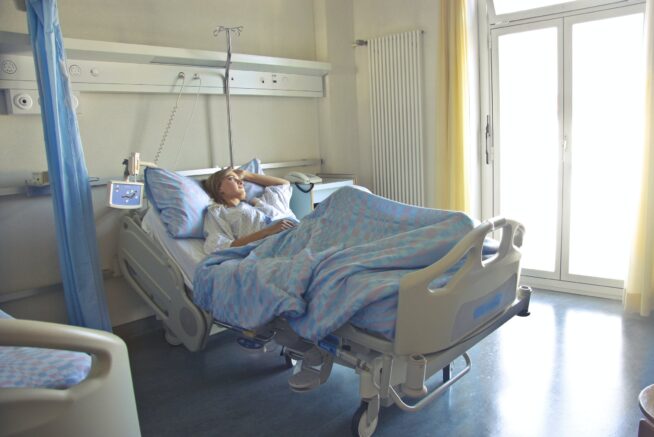 My clothes and the hospital sheets are soaked from me profusely sweating. I look at the clock and it’s been over three hours since I have arrived at the emergency room from being in severe pain. My abdomen and pelvis feels like it has been in torsion for hours. My vision keeps going in and out of focus and my breaths are getting shorter. They have only given me a muscle relaxer which clearly didn’t work, but the doctor refuses to give me anything else. I cry out of frustration knowing the doctor won’t help me because of the opioid epidemic, and I have already been suffering and screaming in pain for hours. I feel defeated; silenced. Like when you have a dream where you are screaming but no one can hear you. After several hours of not getting help, my husband arrives and carries me out to the car. Halfway home, I am going in and out of consciousness but the pain eventually subsides. I lay on my bathroom floor as I still can’t walk or stand up and think to myself, “I’m done. I refuse to let the doctors stop until they find what is wrong with me because I cannot do this anymore.”

I remember the first time I ended up in the emergency room due to severe pelvic and abdominal pain.

I was a senior in high school living on my own and had just turned 18. The pain was so severe and unbearable that my boyfriend at the time drove me to the closest hospital. After a few tests, they just ruled it being a possible case of Norovirus. They gave me medicine to help the pain and sent me home a few hours later. At the time, I figured I would get rid of what I thought was a virus in a few days, to a week at most, and I would move on with my life. However, days turned into weeks, and weeks turned into months and I was still not feeling any better.

I started Cosmetology school about five months after my first hospital visit. My pain flare-ups would happen so often that I would miss at least one day a week of school and I was cutting it close to not graduating due to attendance. That’s when I knew I had to figure out whatever this pain issue was and find a way to fix it.

For the next seven years, I was determined to find an answer to my problem.

My flare-ups would land me in and out of emergency rooms and I could only work part-time. I started with trying to find an answer to where I resided in Rice Lake, Wisconsin. Over the next two years, I underwent blood tests, exams, a colonoscopy, kidney scans, abdominal ultrasounds, and tried out a plethora of different medications. The answers were always the same. “There is nothing wrong with you” or “I don’t know what is wrong with you.” After a while, I felt like doctors were just expensive broken records.

The care in Rice Lake was nothing but a standstill, so I decided to travel two hours away to Marshfield, Wisconsin as they had several more specialists. After going through the same tests as I previously had, doing a CT scan, and seeing several of the providers there, I had once again exhausted my options with no answers. I had a streak of luck with no issues for a few months and I was able to graduate Cosmetology school and decided to relocate to Madison, Wisconsin. However, a few months into my new life, I started experiencing the same problems. I had come to find out that Madison had the best hospital in the state, the UW Health Hospital. I made several appointments throughout the next two and a half years with their departments. Once again, repeated tests, exams, scans, and huge bills, but nothing to show for it. I decided it was time to give up my journey for an answer and just accept that this was my life and try to do the best I could with coping.

2016 approached quickly and I decided I was unhappy living in Madison. The city life was too much for me and buying a house was impossible with the price market, and moving back to a small town like where I went to high school was not what I wanted either. That’s when I ended up in Chippewa Falls, Wisconsin. What I figured was my happy medium. I started a job in the city nearby and coped with my chronic pain condition the best I could. That was until October 13th of that year. The pain struck me about 15 minutes before the end of my shift and unfortunately, it became unbearable so quick that I didn’t even make it out to my car to leave. I ended up in an ambulance screaming in pain and taken to the local hospital. Luckily, they gave me pain medication on the way to the hospital, so I was fine by the time I had arrived. That day was the most intense pain episode I had ever had and it put the fear of god into me. I never wanted to experience it again and I never wanted to end up in an ambulance, especially at work. I decided to resume my journey on finding an answer to my chronic pain.

After deciding to resume my journey and making several appointments with new providers at hospitals and clinics nearby, I kept running into an issue that I had previously not dealt with in the past, the opioid epidemic. Around 2016/2017 is when the opioid epidemic came to the surface and the government started imposing strict mandates on doctors, clinics, and hospitals. The goal of this was to reduce the number of opioids given out by providers and having them use other options as people became addicted to this class of medications, which caused them to seek them out recreationally and ended up resulting in overdose.

What you don’t hear about, is the other side of the opioid epidemic. Providers not filling pain medications after surgical procedures, chronic pain patients no longer able to access the pain relief they need, and providers not even wanting to treat a pain patient at all. I kept running into providers who wouldn’t give me the time of day as soon as they knew I had a chronic pain issue. I would be accused of being an addict because of how I was ending up in the emergency department multiple times a year. They also wouldn’t give me any additional tests because of this. Over and over I would tell them that I just wanted an answer and that they could drug test me right on the spot. Instead, they would just cancel the appointment and tell me they don’t deal with chronic pain. Even the Emergency Department would not address my pain at times, which is unacceptable. The healthcare system was not only failing me, but was charging me astronomical amounts for failing me.

In 2019, after my failed Emergency Department visit, I was enraged. I was going to get the procedures that I wanted and I would find a doctor to give them to me. I was ready to go under the knife and make them find the problem. After two denials, I found a doctor in the women’s health department willing to open my abdomen up and look what’s going on with a camera and his own eyes. I told him to not close me up until he found something, anything. July I underwent surgery and he found significant scarring and scar tissue on the outside of my intestines. He told me whatever was going on, was causing repeated inflammation on the inside of my intestines. He told me to go to the gastroenterology department and get an endoscopy. The initial provider I went to would not do the procedure. He had some poor excuse about how there wasn’t enough evidence in the prior surgery’s finding to do one. Then I found a doctor who would do it.

I came back positive for Celiac Disease and had severe damage in my intestines. The damage is caused by the immune system attacking the intestines when consuming gluten. I couldn’t believe it. All those providers who didn’t believe me, all the times I was denied because it was a chronic pain problem, and they missed a disease that leads to cancer if not treated. There is no current cure for Celiac Disease and the only thing you can do is go completely gluten-free, for the rest of your life. I started this right away and things got worse before they get better. However, when they got better, I started to gain my life back. I still have issues every once in a while but it’s nothing compared to what I went through. It took 7 years and seeing over 56 doctors all over the state to find an answer. However, I realize, there are still thousands and thousands of people who are battling the same thing I went through to find an answer to their own chronic problem only to get treated poorly. I spend parts of my life educating people on Celiac Disease as 83% of people who have it, go undiagnosed. Since my diagnosis, I have had six different people talk to me about their ongoing chronic symptoms that match the criteria for Celiac. They all got tested and one came back positive. Her life changed because I was able to educate her and told her exactly what to ask for. I also fight for chronic pain patients who are battling the opposite side of the opioid epidemic like I was. I have spoken to three hospitals and met with the head of the emergency department of the one who refused to treat me.

People in chronic pain need to be heard, and I will be their voice. 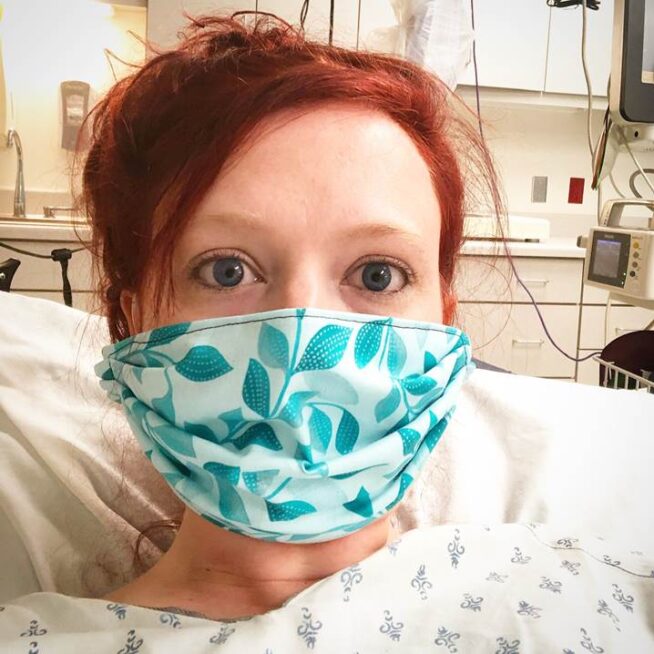 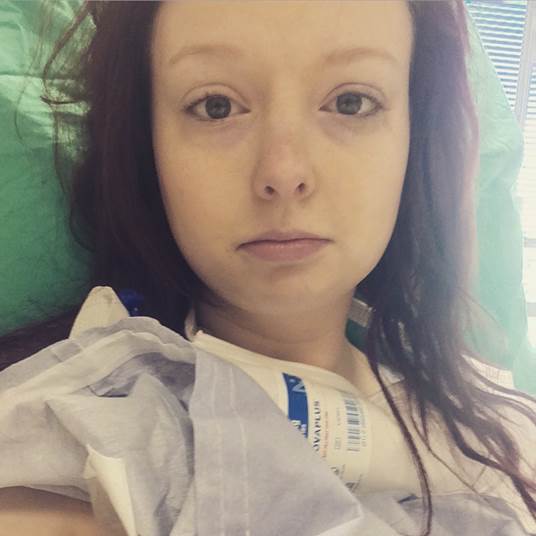 Michelle Swosinski is 26 years old and lives in Wisconsin.