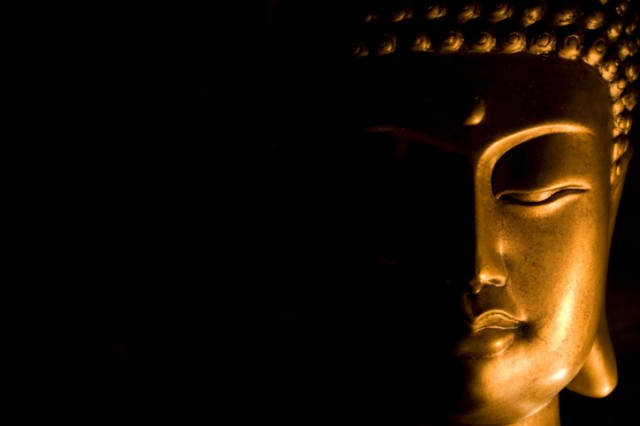 When I first started studying Buddhist Psychology, Buddha’s Four Noble Truths and the Eightfold Path toward enlightenment, beyond the rules and the analysis, there was one thing that was striking about all the teachings. This one thing, which is supposed to be the foundational stone before one begins to internalize the teachings, is COMPASSION.

“If what I hear about your powers is all true, then bring my son back to life”

Unable to bear the intense pain of her son’s death, Gautami had gone to the Buddha to asked him to revive him. Buddha asked her to fulfill one condition before he could do what she wanted. “Bring me one sesame seed from any household in town where there has been no death.” Gautami followed his admonition, combing the whole town. She returned exhausted, without the sesame seed Buddha had requested. She understood what he was trying to teach her. There is no household without the pain of loss. Human lives—no matter how good or prosperous—do encounter difficult and trying times at some point.

This universality of human pain had set Buddha out to look for an answer to the question of how to alleviate the pain, until he found enlightenment in the form of The Four Noble Truths and The Eightfold Path toward enlightenment.

The more I paid attention to this fundamental idea and attempted to truly understand the implications of compassion, I found myself delighted and inspired. The idea of having compassion for the world around us exists in several religious, philosophical, psychological, and humanistic teachings. However, in Buddhist meditations, the art and technique of cultivating compassion is so well developed, and such an integral part of the Buddhist lifestyle, that I could not help but be amazed by its power.

Dalai Lama defines Compassion as wishing that oneself and others be free from suffering. As a psychotherapist, and as part of any helping/healing profession, the ability to hold compassion is what motivates us to go to work every day and enables us to witness unbearable pain.

For those who are not in a helping/healing profession, holding compassion for oneself (self-compassion), and for others (for the difficult emotions of fear, anger, shame, guilt, loneliness, confusion), makes the world around them a better place to live. The non-judgmental view of the humanness of our condition, makes them better parents, better friends, less critical of themselves, and better global citizens.

Compassion makes all teachings and rules less dogmatic, more human, and more realistic. The definition of compassion, the wish to be free from suffering, makes it possible to hold it even for the most sociopathic elements in our world.

One very important understanding of compassion is the following. It is not simply a sugary sweet way of talking or being. It is not a lame excuse for inaction. It is not condoning acts of violence. Compassion is a force. Compassion changes the impulsive way you would take action against injustice. Compassion gives you a more effective and long-term way to overcome the perils of your life. Compassion is not bleeding-heart pity for others, nor it is a feel-good act of giving money away. Compassion is a world view that we are all in it together, that we all make mistakes that we have a right to correct. Cruelty and inconsideration can be replaced with strength, instead of striking back with the same cruelty.

Thinking about compassion in extreme and politically jaded and violent situations (crimes, terrorism, war, and so on) becomes tricky. I’ll leave this one to the masters, however, one thing I can absolutely promise, in your personal life—toward spouses, kids, friends, acquaintances, service people—learning to hold the right type of compassion will enhance the quality of the world around you to an unlimited degree!

I hold one-on-one meditation sessions, ongoing meditation groups, and meditation workshops for couples. My inspiration for doing this is COMPASSION and I believe that spreading the joy of compassion is a compassionate act in itself.

Dr. Desai is the Director of Integrative Psychological Services at the Akasha Center, Meditation Teacher, and Psychotherapist. For more on Dr. Desai, please visit her website at swatidesai.com.