Grow Yourself, Not Your Stuff 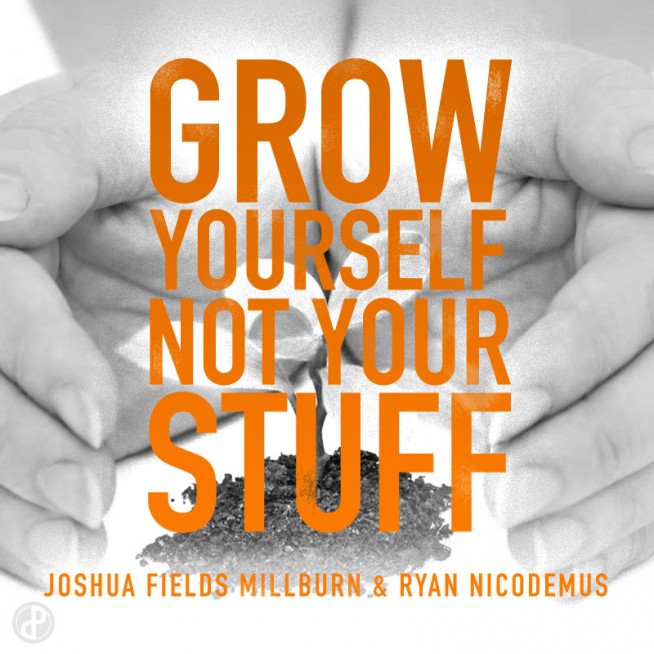 “Grow Yourself, Not Your Stuff”

Before we discovered minimalism, and before we understood the importance of simplifying our lives, we were successful young professionals from Dayton, Ohio. But we were only ostensibly successful.

You see, back then people saw two best friends in their large homes with more bedrooms than inhabitants and they were envious. They saw our six-figure jobs, our luxury cars, our new gadgets, and our lives of opulence, and they thought, “these guys have it figured out. I want to be just like them.” They saw all of those things—all of that superfluous stuff—and they just knew we were successful. After all, we were living the American Dream, weren’t we?

But the truth is we weren’t successful at all. Maybe we looked successful—displaying our status symbols as if they were trophies—but we weren’t truly successful. Because even with all our stuff, we weren’t satisfied with our lives, we weren’t happy. And we discovered that working 70 to 80 hours a week and buying even more stuff didn’t fill the void. In fact, it only brought us more debt and anxiety and fear and loneliness and guilt and overwhelm and paranoia and depression. It was a solipsistic existence.

And then, as our lives were spiraling downward in ever-diminishing circles toward empty oblivion, we inadvertently discovered minimalism. It was a beacon in the night. We lingered curiously on the limbic portions of its perimeter, scouring feverishly through internet page after internet page looking for more information and guidance and enlightenment, watching and learning and attempting to understand what this whole “simple living” thing was all about. Through months of research we traveled further and further down the rabbit hole, and over time we discovered a group of people without a lot of things but with a myriad of happiness and passion and freedom—things for which we yearned so desperately.

Happiness, as far as we’re concerned, is achieved through living a meaningful life—a life that is filled with passion and freedom, a life in which we grow as individuals and contribute to other people in meaningful ways. Growth and contribution—those are the bedrocks of happiness. Not stuff.

This may not sound sexy or marketable or sellable, but it’s the cold truth. As humans, we’re happy if we’re growing as individuals and contributing beyond ourselves.

Without growth, and without a deliberate effort to help others, we are simply slaves to cultural expectations, ensnared by the trappings of money and power and status and perceived success.

Minimalism is a tool that allowed us to simplify our lives so we could focus on what’s important. We were able to strip away the excess stuff and focus on living meaningful lives.

We invite you to join us. Membership is free. And you deserve to be happy. You deserve to live a meaningful life, too.

Joshua Fields Millburn and Ryan Nicodemus write free essays about living a meaningful life with less stuff for more than 100,000 monthly readers at The Minimalists. They have published three books and have been featured in the Wall Street Journal, Zen Habits, NPR, and dozens of other publications. They live in Dayton, Ohio.