Go! Run! Now Is Your Chance! 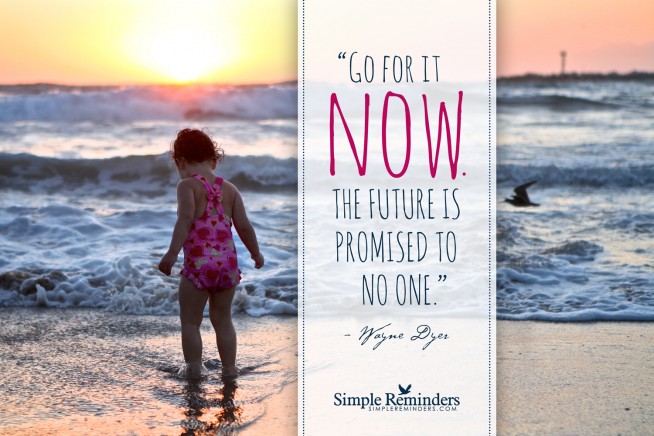 I just finished watching The Perks of Being a Wallflower on the plane. I read the book maybe ten years ago after one of my childhood best friends, Shana Feste, said I would love it.

I did. I loved it so much that I scribbled in it and dog-eared the hell out of it and gave it away and got it back again. It was my absolutely favorite book for a while, until I forgot it.

I just watched it sitting here on the plane headed back to Los Angeles from London, and I cried more than I have in a long time.

I kept pausing the film to stare out the window, partly because I was embarrassed to be sniveling like that on the plane and partly to ponder why I was crying so much. The scenes that hit me weren’t necessarily sad scenes.

Just so reminiscent. Of the pain I’ve felt in my own life, of how hard family can be, of high school and how much I hated myself and, yet, only a few friends knowing that.

A couple of my best friends, two men who have been my friends since we were fourteen years old (how weird to call them men) have been reading my writing lately, and both have sent separate emails apologizing for not understanding me better, not loving me harder.

One of them, J, sent me this after my Positively Positive post “Betrayal” in which I speak of soiling myself.

J said: Never knew, but I kind of like it in a way. It’s like I’m getting to know you even better after all of these years and getting to look back at your life and think about who we were then. It’s a blessing. More proof that you’re a real writer: you actually managed to craft a serious story about shitting your pants, a subject almost exclusively relegated to the realm of comedy. I speak your name, JP. I remember being with my mom the night before she died, and her body was failing her so she was wearing an adult diaper. We had brought Jonah, who was weeks old at the time, to see her, and after she had an ‘accident,’ she looked down at him and said, ‘You come into this world in diapers, and you leave in diapers.’ She always had that sardonic kind of wit right until the end.

There’d been a few emails from the guys, but that one got me right there in the gut, next to the place my dad resides and my friend Steve Bridges. I’d known J’s mom, and I’d loved her. The day she died, I took a picture of her to my yoga class (it was before I was even a yoga teacher) and placed it next to my mat and then, during savasana, over my heart.

Both male friends had sent emails apologizing. No apology was needed. We were young, and they were boys. Boys who turned into fine men. They were never the sensitive poetic types who did musical theatre or read during lunch hour; these guys were the “popular” (such a vicious word) boys who played sports and who drove the girls crazy. They were smart and funny, and I loved them. I still do. They have families, and their children are smart and funny. These guys still care about me (as I do them). They read my blog, for Christsakes. I mean, we met when we were fourteen years old, and they read my shit. That’s friendship. So yea, maybe they didn’t “get” me fully when I was taking twelve diet pills a day and slowly dying in high school from starvation. But that’s okay. They get me now.

Life is an ongoing battle of getting one another.

Believe it or not, I do not cry that much these days. When my dad died, I stifled my tears and didn’t cry at all, so that part of me was broken for a long time. When it came back, an angry faucet that would not be fixed no matter what, a constant drip, drip, drip. I spent years sobbing, and then, alternately, years where, again, I didn’t cry at all.

Nothing would faze me, and I would wonder if I was again broken. Was I dead? Was I a ghost? Why couldn’t I feel things?

I am broken I would say to myself in acting class when I couldn’t muster any sadness.

Just anger. On top of anger.

I see why my friend Shana told me so many years ago to read this book. She is a writer who can create such moving dialogue, such real and moving dialogue, that you wonder if she hasn’t just sat in a chair her whole life in various rooms in various houses and just studied people without them knowing.

How can she know people so well? She does. She gets it, and that’s why she sent me the book years ago. That’s why she is making a living as a very successful Hollywood screenwriter and director.

People want to be reminded of what it is like to be moved, to be human.

She does that. She recognizes that quality in others, as well, thus the sending over of The Perks of Being a Wallflower all those years ago. The book I’d forgotten but which still sits at the very top of my bookshelf. Shana was a wallflower in school, and she is one of the most brilliant people I know, hands down. I am a wallflower disguised as an extrovert, and the book was like finding our Tribe of Wallflowers, with all its faults and loveliness and welcoming it home.

I am stuck in the eighties. Most people who take my yoga class know this and either love it or have learned to accept this fact. This film played all my most favorite music. The Smiths, The Innocence Mission, The Cure, New Order. All my make me sad and make me feel, please make me feel songs were rampant.

There were moments were I cried for Charlie (the protagonist) and his love for Sam. Because where will it ever go? I see young love, and it breaks my heart because I know it won’t last most of the time. Again, my Broken Button alarms.

Why can’t I just look at it and love it because they are loving it? Why must I look at it and think: How sad; it isn’t going to last. They are going to get older, and one will leave the other. They will marry other people. They think “this is it.” But it’s not.

Here it is: Things that don’t last. The ever-penetrating theme in all I do.

The fear of it going away. The title of my own eighties mix tape (remember those?): Things That Don’t Last. Like totally. Play this in your room at night with the door shut. Play this on your Walkman.

Things that didn’t last for me: fathers, first loves.

I ate my vegetable curry (not bad Virgin America!) as I finished the film. After it ended, I just stared at the screen for a while. I didn’t want to watch another film. I wanted to stay in the reverie. I wanted to indulge in my feeling something.

I know some fathers last and some first loves last. But what can you do, Tribe?

You live and write from where you are. From your island. From your desk. From your heart. Look at what affects you in a book or a film or a relationship. Usually, it is because it is striking some oft stricken little cord in the dungeon of your psyche where you have maybe hung a sign that says Broken or Dead or Asleep.

When I see scenes in films where there is a father and daughter, I cry. Sometimes, when I go out with my friends and their fathers, I cry. It’s that little piece of me that says this lasted for you and not for me or I miss my own dad or grieving doesn’t have an expiration date so yes, yes, I am still sad.

The reason I well up with the young love or the scenes that make my heart recognize itself is because I want to protect them. I want to shield them all from the pain and the hurt and all of it. Go! Run! Now is your chance!

So the movie ends, and I finish my little red wine, and they take my food tray away, and I buck up.

Go! Run! Now is your chance!

Except I am older and wiser now, so here it is.

Go: Go live and fall in love and do whatever you want as long as you don’t intentionally hurt someone else. It may last, and it may not. Do it anyway.

Run: Run straight into the arms of the people who love you regardless if it may not be forever. Nothing is forever. Run towards. Not away.

Now Is Your Chance: Now is your chance to realize that you are NOT BROKEN. You may have been hurt, and your heart may have been shattered into ten thousand pieces, but you are whole and perfect.