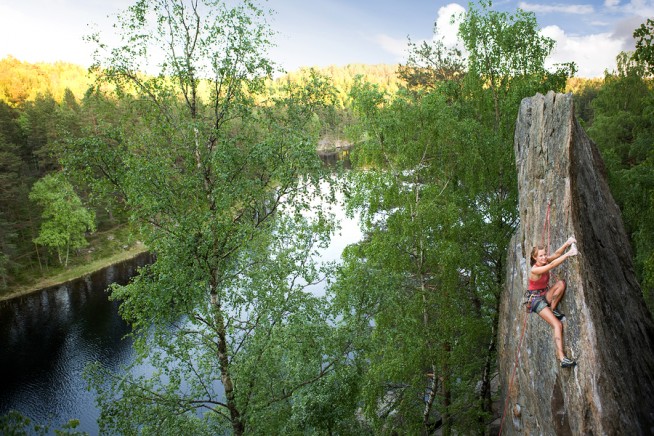 When I was graduating from college, I didn’t look for work that I felt passionate about because I assumed there were no good jobs that would involve my interests. My intention was to get the most prestigious, high-paying job I could. At that time, corporations recruited on Ivy League campuses, and I interviewed for advertising and brand management jobs that seemed to fit my internship experiences and creativity.

I landed a prestigious and high-paying job in marketing management. Unfortunately, I hated the job. I didn’t feel like I was actually doing anything but clocking in, checking tasks off a list, and heading home. I started therapy for anxiety. I didn’t know who I was or what I wanted in life.

When I started studying the sociology of happiness six years later, my world was set ablaze. No one else particularly thought what I was doing was a great idea; one professor told me to “at least stop calling it happiness” if I was studying “subjective well-being,” because people were going to think that I was “not very smart.” After my struggle with anxiety in corporate America, I could have cared less what others thought of me. I paid no attention to what type of research was going to get me a tenured track position; I was too thrilled by all I was learning. I think it worked out pretty well for me.

And I’m not alone. In my first post in this series on grit and elite performance, I emphasize how success requires a whole lot of practice, which can often be unpleasurable. Yet the consistent and deliberate practice of elite performers is nearly always fueled by innate interest in what they’re doing.

In other words, passion is a core component of grit.

Research convincingly shows that when we perceive a child as being innately talented or gifted or as showing great promise for something, what we are really perceiving is interest, not talent. A four year old who pretends to play the violin with a stick and demonstrates an unusual interest in classical music does, indeed, show promise as a violinist. She does not, however, show talent yet. Her interest in the music at such an early age may stimulate a lot of things that lead her to virtuosity, like early music instruction and parents who encourage her to practice deliberately and consistently. But early interest is not the same as early achievement. As we saw in the first post in this series, achievement takes both effort and skill, neither of which the four year old has had enough time to develop.

Here’s the bottom line: The practice and effort that leads to success and happiness over the long run is fueled by intrinsic desire, not hard-driving parents or social expectations.

In fact, my passion for the science of happiness probably developed better—and my chances for success increased—because there was no one pushing me to achieve.

So passion is one more thing—in addition to rigorous practice and strategic resting—that elite performers have in common. All that passion comes in especially handy when we consider another important ingredient to success: failure.

Elite performers turn adversity into success. Most greats don’t just pile up one achievement after the next. Failure is a key part of growth and, eventually, elite performance: J.K. Rowling’s first Harry Potter book was rejected by twelve publishers (and before she even wrote the book, she suffered a stream of potentially devastating personal failures). Michael Jordon was cut from his high school basketball team. Abraham Lincoln, probably the most famous example of failure contributing to success, suffered a series of lost elections (along with some notable successes) before he went on to become one of our greatest presidents.

Consider that 75% of all people experience some form of trauma in life, and about 20% of all people are likely to experience a traumatic life event within a given year. So the odds are good that our lives aren’t going to be free from pain and suffering, no matter how well off or well positioned we are. (That said, socioeconomic status does matter; while wealth doesn’t insure us against many disasters, it does make many types of adverse life events fewer and farther between.)

Since adversity in life is a given, our success and happiness depend on our ability not just to cope with it but also to actually grow because of it.

Professionally, we have the greatest potential to grow when we challenge ourselves in our field just beyond our comfort zone. This means risking fear, embarrassment, errors, or even full-blown failure. And it means gaining new skills and abilities that contribute to our greater mastery and success in the future.

Because grit is a combination of persistence and passion, adversity plays a significant role in helping us develop both of those qualities. Interestingly, a vast body of scientific research shows that the stress we experience as a result of adversity—and how we respond to that stress—tends to predict how much we will benefit from it. The people who report the most growth following hardship are not the people who are entirely stress-resistant in the face of adversity. Instead, the people who grow the most are actually the ones who are a little “shaken up” and even exhibit a degree of post-traumatic stress. So if we don’t feel some stress in the face of a difficult situation, odds are we won’t grow from it.

Failure—and adversity in general—is life’s great teacher. While there might not be anything good in misfortune, as Viktor Frankl wisely reminds us, it is often possible to wrench something good out of misfortune. We know that adverse life events—a plane crash, a terrorist bombing, breast cancer—can trigger depression, anxiety, and post-traumatic stress syndrome. But what most of us don’t realize is that post-traumatic growth, as researchers call it, can also awaken us to new strength and wisdom. Misfortune—even tragedy—has the potential to give our lives new meaning and a new sense of purpose, and in this way, adversity also contributes to the passion part of the grit equation.

Stephen Joseph, a preeminent expert on post-traumatic growth and the author of What Doesn’t Kill Us, puts it like this: “Adversity, like the grit that creates the pearl, is often what propels people to become more true to themselves, take on new challenges, and view life from a wider perspective.”

Read Part 1 of this series here.

Read Part 2 of this series here.