I’m Such A Loser. But Now I’m Going To Get Better. OK? 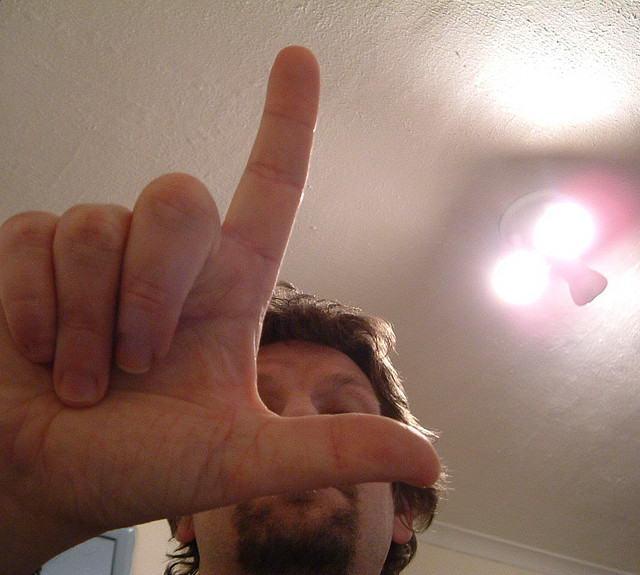 I’m barely functional in regular life. If I’m not crashing into a car in my own garage at five miles per hour, I’m firing guns the wrong way in a pistol range. but more on that later.

The way to get to be a better thinker is to:

B) Study the people who are better than you.

C) Read good books as a short cut. A good writer is curating his entire life for you. I just need to read the book.

You can stop reading this blog post now. The rest is just what happened to me today and what I learned.

Today I lost money, shattered my ego, and learned from Claudia about standing.

Here’s what I have in my notebook today as to ways I can think better.

A) ITS ALL ABOUT PEOPLE.

A company I invested in went bankrupt a few weeks ago. I lost money and it’s nobody’s fault but my own.

The owner used my lawyer to take care of the bankruptcy.

The lawyer said, “Is James Altucher aware that you are doing this?” since I was the one who had introduced the two of them and I had invested some money in the company.

Fair enough. A lot of people don’t care what I think. Sometimes strangers even call me and say that to my face but this time this guy didn’t.

I didn’t spend enough time with the person before I invested in his idea and from that point on I was destined to lose money. Shame on me once. (Actually, shame on me 1000 times).

Lesson learned. The lawyer told me this around 8am this morning. Then I had my coffee.

Claudia is taking a very intensive advanced Yoga class right now. We’re in a city I’ve never stayed in before. At the end of the day she described the class to me.

There’s a yoga pose called “Samasthithi.” To a yoga novice like me it means the same thing as “standing.”

I even said to Claudia, “uhh, isn’t that just standing straight?”

But the teacher of Claudia’s class had them do that pose, which I view as very basic, for sixty MINUTES.

Claudia told me afterwards, “I found out I was doing it all wrong.” She was standing WRONG.

She had to learn much more of the subtleties of the pose. She had to get grounded in her stance and get a lot deeper into it. “The teacher said that you look around and see everyone standing and they are often slouching and not really activating “their nervous system” in the way they stand.

They are not fully present in standing.

So for a half hour she had to study what, superficially, seems like the most basic pose.

Often, to learn how to think like an expert, we have to again and AGAIN remind ourselves to THINK LIKE A CHILD without all the hangups and ego and inhibitions that prevent adults from truly thinking like a master.

You play. You be open-minded. You ask “Why?”

Louis CK famously did an act on his daughter that keeps asking “Why?” She just never stops.

In everything in life we can always go deeper. To every answer: “WHY?” should be on the tip of your tongue.

While Claudia was in Yoga I looked up Greg Shahade who is a strong internationally ranked master in this city. I learn a lot from watching his videos online.

We got together to play some chess. I think I lost every game but one, which was a draw.

A pattern arose very quickly in our games. I would attack very ferociously, he would defend, and then I would lose. Game after game. It’s almost like I couldn’t help myself from attacking.

One time I noticed in the middle of an attack where I thought I was going to win, he looked away, shook himself a little, and then returned to the game.

Almost like a cat or a dog that gets poked or annoyed. He’ll walk away, shake, and then get back into his comfortable position.

Greg had to shake off the story I was “telling him” – i.e. “you are under attack” and almost instinctively look at the position with fresh eyes.

Once he did that, he would find the defending move, and within a few moves I’d just give up.

In some games he’d diffuse the game right in the beginning, so there were less opportunities for me to attack.

But several things I learned:

To sit back and pay attention. My goal is not to WIN immediately. But to be the best player possible at every move.

Every moment: there is no rush.

All of the above is about having more choices. The CEO of the company I invested in said something horrible about me. But having choices allows me to not be so upset.

Claudia had an open mind about learning how to stand better. How to STAND better! She appreciates the million choices one might have in a simple pose.

In the chess game, I limited my choices by trying to attack too early. Once my choice was eliminated, the game was over.

That’s why I like writing ideas in my idea pad every day. Every day I try to have new choices. Even bad ones.