Weighing In: Why I Don’t Get On The Scale 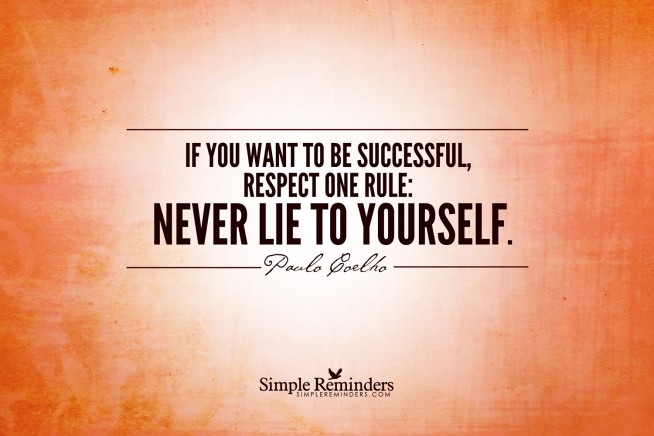 I don’t even like to weigh my fruit at the market. I just like to guess by how it feels. Same with my body. My clothes. The way they fit and look, the way I feel in my skin. Me and my peaches – I don’t like weighing. Judge me if you want, and I hope you don’t, but you might. Because that’s life, right? Just the other day I got an email about how I had no right to feel the way that I felt (but that’s another blog post I am working on.) The email was judgmental and angry and yes, had nothing to do with me really, but nonetheless, I was the recipient. It landed in my inbox, my eyes ran over it left to right. I know we judge and get judged, so judge me if you want that I have (for the most part) healed from anorexia yet I won’t get on a scale. It is what it is.

And what it is is: a process. We like to think of healing as a neat little package sometimes. There. All done. Stick a bow on it. Give it away and never see it again.

That’s a great word, isn’t it? I just made it up on this sticky summer Friday in August. We’ve got a club of broken hearteds, eating disorders, maybe some alcoholics, widows, lot of injured, divorcees, and on and on. And we are constantly healing. It’s a process. A club with a  revolving door and no president.

I had a checkup the other day at the doctor. I’d been dreading it for days. That morning, when I woke up, I had an especially delicious knot in my stomach. The scale.

Going to the doctor meant I had to get on the scale. I thought about the steel geometry of it, how unfeeling it was. How telling. I thought about all of that and wanted to spit my coffee up and get back in bed and cancel my appointment. I’d just demand that I wouldn’t get on it, I decided.

I imagined that they would give me a hard time and I’d finally agree that I’d get on, but that my back had to be facing away from the numbers. And they shouldn’t ask me why, that it’s just a quirk of mine I’d mutter. A remnant from those years with anorexia. I’d lower my eyes with embarrassment and feel like a fraud as I stepped off and into the doctor’s office with its fake frogs on the walls.

I was pregnant last fall.

Before I found out it was ectopic I had to visit the obgyn many times, visit after visit, perusing through Your Pregnancy and Fit Pregnancy in the busy waiting room. They kept checking my blood as my hormone levels seemed off. I remember getting on the scale, and then turning away, as usual per my weird phobia. The nurse was short and spoke fast. She said her parents were from Mexico and boy would she kill to have my body and how I didn’t need to turn around but that she got it. She understood.

When I found out that the pregnancy was not going to survive she hugged me. With tears in her eyes, she told me that she’d just had a baby and that she couldn’t even begin to imagine. She was sorry. She was kind.

I thought about how if the pregnancy had been healthy, how I would’ve had to step onto the scale every month. I would have to keep track of how much weight I was gaining. The thought filled me with dread.

She mouthed to me (I lip read, being mostly deaf) I am saving it.

My mouth back to hers: Aww, you can’t do that.

(I wondered if her lip reading skills were as good as mine. Probably not. I use this tool to survive in the world.)

She shrugged at me and waved me away.

I inched closer. She didn’t move. She was playing chicken with me.

She obviously didn’t believe that I’d run her over (I wouldn’t) when I slid my car closer, but this was absurd. I mean, was her ghost car driving from Ohio?

I won. I had the car. She had nothing but her cell phone and in this case, it was a clear win. Me.

Why did I get so annoyed?

Well, naturally I wanted to be right.

When choosing to be right or kind, be kind, as Wayne Dyer always says. @ JenPastiloff
(Click to Tweet!)

I know this. And yet.

I gave myself a free pass. I was crabby and tired and it was raining and I had many excuses, none of which had anything to do with anything, but still they were mine and thus, in my arsenal against this travesty. I pulled in and she went and… hid behind a building.

As she hid behind the building I had an urge to go chat with her and talk it out but realized I was now late for my appointment. I put money in the meter and her friend-with-car still hadn’t showed up.

Please don’t key my car, lady, I thought, as I walked into the doctor promising myself I’d be extra nice to every single person I encountered today to make up for the incident for which I felt not nice and semi-guilty even though I had done nothing except what was in my right as a car-parker.

Inside the doctor’s office, a baby screamed for one hour straight and, due to my vow, I just smiled. In fact, I went over to the toddler and said. “You don’t feel good?”

Kid’s mom or nanny nodded and smiled and the child kicked me.

Finally, after one hour, the nurse called my name. I had two false alarms, when I got up and walked in, only to realize they had been calling Jessica and Justin. My ears.

I stiffened and prepared for battle with the nurse who’d hold a gun to my head and make me get on the scale.

“Just so you know, I do not want to get on the scale,” I said, as non-defensively as I could.

I realized a couple things, some of which I had been teaching this week in my yoga classes  (I love when that happens!)

I’d love to hear your thoughts below. I am so connected to you, my Positively Positive tribe. It’s been so nice to meet so many of you when I do my Manifestation Workshops in your cities. Next up is my California retreat over Labor Day then South Dakota, Dallas, Miami, NYC etc. Can’t wait to squeeze YOU. Love, Jen

Jen will be leading a Manifestation Retreat: On Being Human in Ojai, California over Labor Day as well as New Years. All retreats are a combo of yoga/writing and for ALL levels. Read this post to understand more. Check out jenniferpastiloff.com for all retreat listings and workshops to attend one in a city near you (Dallas, NYC, Seattle, Atlanta, Miami, South Dakota etc,). Jen is the guest speaker 3 times a year at Canyon Ranch and leads an annual retreat to Kripalu Center for Yoga & Health. She is the founder of the popular The Manifest-Station blog. Jen and author Lidia Yuknavitch (“The Chronology of Water”) will be leading a Writing + The Body Retreat Jan 31-Feb 1. Follow Jen on Instagram and Twitter.