Hanging on to Hope Through a Serious Illness 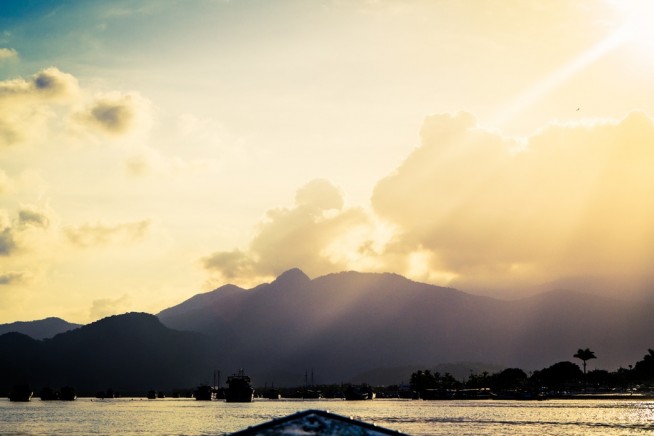 In 1978, I entered the New York City Marathon wearing a T-shirt proclaiming me “The Running Rabbi.” I was just as tireless in my calling as a rabbi in Newburgh, New York. I led a march against the Klan, rallied to free Soviet Jews, and visited our fifty-two Americans held hostage in Iran.

I’d never been sick in my life. I felt indestructible. That was then.

Two years after returning from Teheran I knew something was terribly wrong. Running on the beach near our home in Martha’s Vineyard, I felt strangely tired, and out of nowhere there was a strange telltale black and blue mark on my leg. I tried to ignore it, but soon I couldn’t keep up on the hills with my running buddies. As the days went on I was running out of energy and falling further and further behind. I waved to my friends to go ahead. I was breathing heavily and gasping for breath. Driving my daughters to summer camp, I fought to be alert and it was scary and alarming.

It was time to ask my doctor what this could this be. While waiting for the results of my blood counts, which were delayed, I took refuge in the movies right there. All alone in the back of the theater in the middle of the day I watched as the friendly alien ET reached out with his finger and magically healed a little child. I imagined it was me and I would be instantly healed. But, knowing my body so well, I instinctively felt there was something very wrong. The doctor breezed me off and said my blood counts were a little low but it probably didn’t mean much. A few days later I went to my friend in Poughkeepsie who was a pathologist. My daughter came with me and I asked the doctor to check my blood.

The results came back, and the doctor and the lab technicians had a strange somber look. My doctor even dropped the slides and then nervously apologized. Watching all this, my daughter with her childlike perception looked up and asked: “Is my daddy going to die?” In the privacy of his office Dr. Joseph was telling me that he saw hair like cells under his microscope and he believed I had a rare form of leukemia.

Even though the title of my first book was: “Why Me?” Why Anyone?” I really thought:

Why not me? As a Rabbi visiting patients for so many years I realized that anyone can get sick – the rich and the poor, the young and the old.

My childhood nickname was “Sunshine” and with my bright outlook and positive spirit I asked the doctor: “What can we do?”

But there was almost nothing that would help me. They took my spleen out hoping my blood counts would bounce back and I took oral chemotherapy but to no avail.

I refused to give up, and two years later, shaking with fevers of 105, and wearing a protective mask, I was flown on an “Angel of Mercy Flight” to Chicago where doctors were experimenting with a new drug for my rare leukemia. They even had to get emergency permission, “Compassionate Usage”, to put me on the protocol because I was too sick to be saved and I might ruin their experiment.

I was coughing terribly, and a lung operation showed that I had rare form of tuberculosis that turned out to be fatal for some of my fellow patients. But, miraculously, the injections of the drug they gave me over two months, combined with every TB drug they could think of, saved me. When my doctor and I testified before Congress my doctor said that being one of the sickest patients with this leukemia meant I had a stronger response to my treatment. I held up a pair of my running sneakers in the hearing room and told the congressman: I’m running again!

My illusion was shattered when I was diagnosed with leukemia. For more than twenty years as a rabbi, I had helped others through crises. I was supposed to have all the answers. Yet when I got sick, I discovered I didn’t have them.

I won’t claim to have it all figured out now, but my experience has given me some valuable insights on how to cope with  a serious illness, or any adversity for that matter. I want to share some of them with you.

CHEER YOURSELF ON: Ultimately you must learn to comfort yourself. No matter how many people are around during the day, reality can be very hard to face in the loneliness of the night.

BE KIND TO YOURSELF: Don’t think of yourself as worthless, or worth less than you you were before your diagnosis.

DON’T BE PASSIVE ABOUT YOUR MEDICAL TREATMENT: Let your doctors and nurses know what you need.

LEARN TO CHERISH YOUR VERY EXISTENCE: Don’t feel guilty if you’re too sick to do something. You have value simply because you exist, even if you can’t be productive in the ways you were before.

HANG ON TO YOUR FIGHTING SPIRIT: I really believe my fighting spirit meant the difference between life and death for me. My nurses told me that once, when I was delirious, I pounded on my bed rails yelling, “Come on Hirshel!” I was cheering myself on like my wife and daughters cheered for me when I ran in the marathon.

CONVERSELY, REMEMBER THAT ATTITUDE ISN’T EVERYTHING: Having a good attitude can help you make the best of every situation, but it may not help you change your situation. You can’t control everything, only some things.

SET GOALS FOR YOURSELF. No matter how small, reaching any goal helps you feel a sense of achievement.

WRITE ABOUT YOUR EXPERIENCE: Writing a book about my illness gave me something to live for. Some days it took a lot out of me to write even a few words, but completing my book helped me to keep my fighting spirit alive.

KEEP SOME NORMALCY IN YOUR LIFE: If you’re able to use your energy in some capacity, do it, even if you have just five good minutes a day. If physical limitations prevent you from doing usual tasks, try to devise new ways to do them.

DO WHAT MAKES YOU FEEL GOOD ABOUT YOURSELF: When my physicians noticed how depressed I was in the hospital, they said, “Be a rabbi. Go counsel other patients.”Doing that made me feel important again My friends who are fighting  cancer tell me the same thing: helping others is one good thing they can do and find real fulfillment in doing.

DON’T LOSE YOUR SENSE OF HUMOR: Learn to laugh at yourself and enjoy life. One morning in the hospital as the doctors made their rounds, I said to them, “I think these antibiotics are doing something to me! Something strange is happening to my body!” They burst into laughter. I was wearing a Frankenstein mask!

BE THANKFUL FOR EACH DAY AND GREET IT JOYOUSLY: Live your life to the fullest. Since my diagnosis, every moment has been special to me.

DECIDE WHAT’S IMPORTANT IN YOUR LIFE: I’m learning to say no to people. I don’t want to fritter away my life letting others tell me how to live. For me, being with my loved ones is most important. And I make a point of telling these people how I feel about them often.

ACCEPT THE SUPPORT OF YOUR FRIENDS: The strong support of everyone who loved me and  prayed for me kept me going through my darkest hours. Don’t be afraid to let others know how vulnerable you are; it’s not a sign of weakness to accept help.

SEARCH FOR MEANING FROM YOUR ADVERSITY: We can find meaning and hope even in our darkest days. I didn’t ask for this painful experience, but I can choose to grow from it and shape it into a positive force in my life.

My illness taught me the deepest meaning of being a rabbi. It’s who can touch people, who can comfort them. I hope that as you walk your own path through illness and adversity, you let the power within you carry you over the rough spots, and I hope it stays with you too.

Rabbi Hirshel Jaffe, a four time cancer survivor, is a motivational/inspirational speaker on the theme NEVER GIVE UP! He authored “Why Me? Why Anyone?” which chronicles his rescue from leukemia and his spiritual triumph over despair. Known as “The Running Rabbi” for competing in the NY Marathon, he received the “Award of Courage” from President Ronald Reagan in a White House ceremony. Rabbi Jaffe was one of the clergy who visited the American hostages in Iran to offer them comfort and hope and was asked by the President to greet them at the White House upon their return. He received an honorary Doctorate from his seminary for “his work with the sick, and his noble influence upon all people. You can follow him on Twitter.