You Can Lead the Way through Your Own Actions 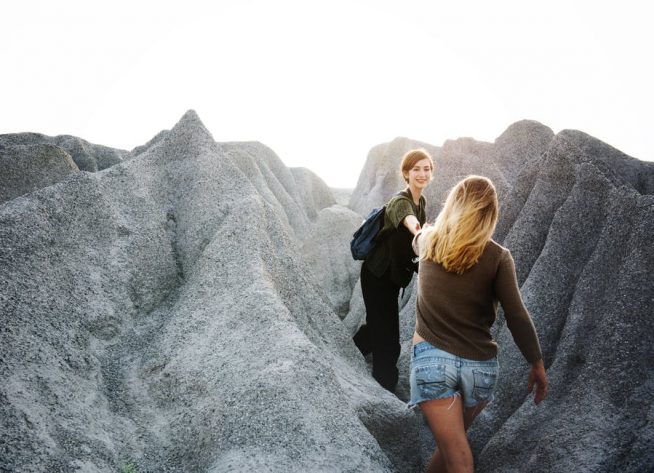 Several times on the never-ending book tour, people came up to me with multiple copies of my book for signing. “My family doesn’t understand me,” they said, “So I’m giving them your book.”

“Thanks,” I always said… although I worried a little about signing books for people who didn’t necessarily want them. I learned to invent a specific inscription for these copies:

“To Barbara: I’m not sure you’ll like this book, but your daughter isn’t crazy.”

“Barbara” could have been “Mom and Dad” or someone’s partner or brother or protective cousin, who loves their family member dearly, but sometimes loves them a little too much to let them have their own life. Sometimes the generational gap is reversed, and it is the kids who worry about their parents.

Guess what? I don’t think that reading my book, or anyone’s book can change a perspective like that. That’s the bad news: it’s rarely that simple to change someone’s mind. To those on the outside, examples of successful non-conformists aren’t very persuasive, because they’ll always find reasons why someone else’s success can’t be replicated.

But thankfully, there’s also some good news. If you want to influence your family, you can lead the way through your own actions. They are not going to change their worldview by something you post on Facebook, but when they see you following through on your big dreams, they can’t help but notice.

The challenge you face, therefore, is to be courageous in the face of opposition from those who love you. This is no small challenge since you would much rather fight dragons or vampires or something that is clearly evil. Your family isn’t evil and you probably can’t ignore them, but you also can’t ignore your dreams for very long without letting them die.

Some battles are better won by example than by persuasion. You can talk forever about the adventure you’d like to take, why you want to study a subject you’re interested in instead of one they think would lead to better career options, or whatever. And by following this well-trod path, you may make marginally incremental progress in the form of compromise.

Or you can put it in perspective for them: I’m doing this because it is important to me. I’m willing to give up other things to make it work.

More often than not, they’ll get used to it over time. You may always be thought of as the black sheep, the strange one, the outlier. But you’ll eventually earn your right to freedom, and maybe even some grudging respect.

Then they’ll say, oh, there goes _____ again. That’s just what she does. Or they’ll think, _____ has another crazy idea… but the last one worked out pretty well for him.

And once in a while, a funny thing happens: they’ll learn from the decisions you made, and how you stepped out and faced down your fears. (They may or may not realize that some of your fears had to do with them, but by then, it won’t matter.)

So for those of you in small towns, or in cultures where non-conformity is implicitly misunderstood, or for anyone else who feels pressured to be like those around them:

Who knows—maybe some of your family will end up changing with you. Wouldn’t that be something?