Are You Annoying? (I Know I Am). How Understanding Your Tendency Can Help. 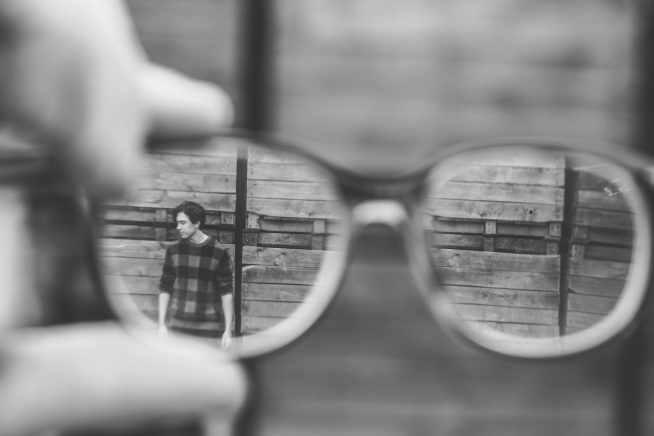 When I was writing Better Than Before, my book about habit change, I created the Four Tendencies framework. It divides people into four “Tendencies”: Upholder, Questioner, Obliger, or Rebel. I found this framework so interesting that I wrote a whole book called The Four Tendencies.

To find out your Tendency, take the quick, free quiz here.

In just about any role we play—as manager, doctor, team member, teacher, coach, spouse, nutritionist, parent, or colleague, to name a few—it’s helpful to know our own and other people’s Tendencies. It’s hard to grasp just how differently we can all see the world. (For example, different things can trigger anger for different Tendencies.)

When we can see other people’s perspectives, we understand why, from their point of view, their actions make sense. And knowing about the Four Tendencies can help us understand why we might annoy other people.

Yes, unbelievable as it may sound, I have found that occasionally people find me to be annoying. I imagine you’ve experienced this as well.

What annoys people about Upholders?

Now, I’m an Upholder myself, so I know what people complain about.

First, I’m pretty rigid. Like most Upholders, I like to make a plan and stick to it. I don’t like spontaneity or last-minute changes to plans.

People often think that Upholders can be judgmental—and yes, Upholders can be a bit judgmental. When  a bunch of Upholders gets together, the conversation often turns to something like, “Why can’t other people just get their stuff done?” I have to say, for me, learning about the Four Tendencies has really helped me gain compassion for other people, because I see why they act the way they do, and how they have strengths that I lack.

What annoys people about Questioners?

My husband Jamie is a Questioner so I feel quite prepared to answer this question.

Also, these questions can make people feel undermined, defensive, or like they’re required to justify their every move to an investigator.

Also—and yes, I recognize the irony here—some Questioners don’t like to answer questions. They’re willing to teach, but they will resist answering questions or explaining themselves or their decisions. If I ask Jamie, “What time are we leaving?” he won’t answer. Which is very annoying. (Here’s the trick: tell Questioners why you’re asking, and they’re often more cooperative. “What time are we leaving? I’m wondering if I have time to go to the gym.”)

Some Questioners can fall into analysis-paralysis, where their desire for perfect information makes it hard for them to make a decision or move forward. This can be maddening.

Questioners will disregard expectations that they consider arbitrary or inefficient, which can be annoying. “Yes, I know we’re supposed to switch to that new software, but I’m not convinced it works any better, so I’m not making the switch.”

What annoys people about Obligers?

My sister Elizabeth—and the co-host of the Happier with Gretchen Rubin podcast—is an Obliger. I wouldn’t say that I find it annoying, exactly, but I do sometimes feel frustrated when Obligers struggle to meet an important expectation for themselves.

Other Tendencies often say things to Obligers like, “You say this is important to you, so just do it!” “I don’t want to be your babysitter, just get it done in your own way,” “You’ve talked about this so many times. Do it, or don’t do it, but don’t keep talking about it,” “You keep saying that you know how important it is that you finish your Ph.D./follow doctor’s orders/start that side hustle, so I don’t understand why you can’t make progress.” (Here’s the trick: help the Obliger to set up outer accountability for the inner expectation. That is the crucial step.)

If Obliger resentment builds, it can lead to Obliger-rebellion. This important, complex, and common phenomenon can annoy other people, because they don’t understand it—to them, the Obliger’s explosion seems to come out of nowhere. They say, “If you didn’t want to do it, why did you say you’d do it?” or “You’ve been fine with this situation for years, why are you so furious now?” Obliger-rebellion can be beneficial but it can also be destructive, so all of us should be on the look-out for brewing Obliger-rebellion.

What annoys people about Rebels?

It can be annoying when Rebels resist when you ask or tell them to do something. Other Tendencies are often exactly wrong about this dynamic: they imagine that they’re helpfully giving reminders, nudges, oversight, and deadline — and they get deeply annoyed when these strategies actually make a Rebel less likely to do something. Yes, that “helpfulness” is the source of the annoyance they feel!

I remember a reader writing to me to say, “We needed to get the porch fixed. My husband is very good at this kind of chore. It should’ve taken him about two weeks to finish it, and every few days, I’d say, ‘Why don’t you fix the porch this evening?’ It took him six months!” Yes, she’s annoyed—but her reminders are the reason he took so long. He knew the porch needed fixing! Let Rebels do tasks in their own way, in their own time.

There are many ways to work effectively with Rebels: Appeal to identity and values; information/consequences/choice; challenge. Those work very well. Other, more conventional methods often backfire. It can be annoying when people won’t use common tools like to-do lists, a calendar, or progress updates, but those don’t work well for Rebels.

People also get annoyed by the facts that many Rebels are willing to disregard the rules. “The sign says the seating area is for staff only, but I’m going to sit here.” The ability to think outside the box and flout rules and conventional expectations can be an enormous source of power for Rebels, but in specific situations, it can be annoying.

Why it’s useful to consider annoyance

Conflicts and frustrations arise between the Four Tendencies because they have different approaches to the world, and by understanding the causes, we can also find new solutions, or at least, more understanding.

I may be feeling annoyed by a friend’s desire to make sudden changes to weekend plans—but she’s feeling annoyed by the fact that I won’t deviate from the schedule. Neither of us is right or wrong; it’s not “better” or “right” to stick to a schedule or to be spontaneous; we just have different perspectives. So the challenge is not to convince the other person to change, but to find a way that suits us both.

Do you see ways that your Tendency creates annoyance in others? And how aspects of their Tendency might annoy you?

If you want to learn more about the Four Tendencies, you can…