Do You Struggle with Anger? I Sure Do. The “Four Tendencies” Framework Helps Explain Why. 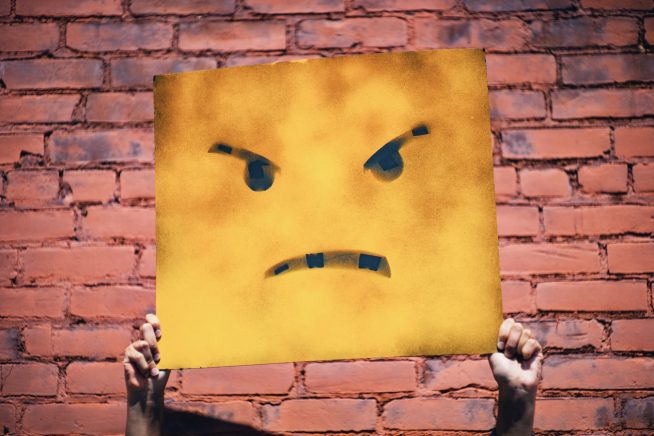 In my constant examination of happiness and human nature, I spend a lot of time thinking about happiness stumbling blocks—the challenges, frustrations, limitations, and disappointments that drag us down.

And for that reason, I think a lot about anger. This is an issue for me. I have a short fuse; I flare up quickly, if I don’t make an effort to control it, I sometimes “talk in a mean voice” that’s apparently terrifying.

In my books The Happiness Project and Happier at Home, I write about all the resolutions I tried (and mostly still follow) to help me stay in control of myself. For instance, I more or less gave up drinking alcohol—nothing more than a half-glass of wine or champagne every few months—because even a small amount of alcohol makes me prone to belligerence.

In the course of writing Better Than Before, my book about how to make and break habits, I discovered my “Four Tendencies” framework that divides people into four “Tendencies”: Upholder, Questioner, Obliger, and Rebel.

(Need to learn about the Four Tendencies? Read here. Want to take the quick, free quiz to discover your Tendency? Take it here—more than two million people have taken this quiz!)

Identifying my Tendency—I’m an Upholder—shed light on how and why I experience anger.

Anger is part of the human condition, of course; we all experience it, and for many reasons. But I do think that each Tendency has a particular flavor of a certain kind of recurrent anger, and understanding the roots of that anger helps—or at least it helped me—to reduce angry feelings.

Upholders are very good at execution, and they often feel angry when others struggle in situations where an Upholder wouldn’t. For instance, people slow down processes with their questions; people need deadlines, reminders, oversight, and accountability; people won’t do what they’re supposed to do or even what they said they’d do. And this get Upholders very angry.

Upholder anger often has a judgmental, disappointed quality: “I don’t want to be your babysitter.” “You keep saying this is important, then you don’t follow through.” “We agreed to a schedule and a set of priorities, and you ignore it.”

Angry cry of the Upholder: “Why can’t people just get their tasks done?”

Questioners need reasons and justifications, and they’re angry when other people act, or expect Questioners to act, for reasons that are unexplained or arbitrary. They’re frustrated when others won’t give them the answers they expect, or won’t give them time to do necessary research, or expect them to go along with a plan that hasn’t been justified.

Angry cry of the Questioner: “Why do people just follow along like lemmings, and expect me to do the same for no good reason?”

Obligers feel the weight of outer expectations. Their anger is often tinged with resentment and indignation, a feeling of being exploited or neglected or treated unfairly.

Angry cry of the Obliger: “Why am I the only one doing anything around here? Why am I meeting other people’s expectations but not meeting my expectations for myself?”

Rebel anger is the anger of being pushed around, being told what to do, being trapped or confined. Rebels do what they want to do, in their own way and in their own time, and when other people tell or ask them to do something, they resist. This feeling of resistance can spark a lot of anger.

Angry cry of the Rebel: “Why do people keep telling me what to do?”

Now that I understand why I, as an Upholder, have a particular perspective on the world, and why certain actions are easier or harder for me, it’s much easier for me to be compassionate.

For instance, my husband and I needed fill out a boring bureaucratic form as a couple, and I decided I would just go ahead and fill it out, to get it crossed off our mutual to-do list (this is why it’s nice to be married to an Upholder). So I called my husband Jamie, a Questioner.

Jamie: Why do you want to know?

Before I knew about the Four Tendencies, this response would’ve made me angry. I would have thought (and probably said): “Why can’t you answer a simple question? Why can’t you just give me a quick answer and let me get this task finished? What does this mean about our relationship?” etc.

But now I know better. Jamie is a Questioner, and Questioners just need to know why. I don’t need to be angry. I can just engage him in a more productive way.

Because here’s the thing: I was angry at him, and he was angry at me. Now that we understand each other better, the anger goes away, the task gets done more easily, and love reigns supreme.

Do you struggle with anger? Do you find that your Tendency helps explain some aspects of your anger—and does that knowledge help you?