What You Can Learn from the Kindness of Strangers 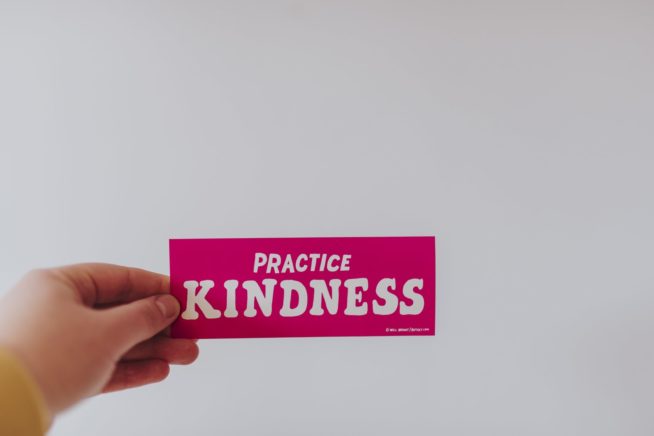 A stranger did the most selfless thing for me, and I learned we don’t need grand gestures to be kind.

It was the last day of final exams in my freshmen year of college. I was preparing myself (mentally and physically) to drive the three hours back to my parent’s house in the snow. The school had been warning its students about a possible snowstorm for weeks, and sure enough, the storm had arrived to commemorate our last day of exams.

After my last class, I rushed to my car, knowing if I got on the road quickly, I could get out of town before it got too dangerous.

As I approached my car in the parking lot, I saw one of the rear tires was completely deflated.

I didn’t know how to change a flat tire. (I will be honest; I still don’t know. I haven’t learned my lesson. I’m hanging my head in shame as I write.)

I knew there was a spare in the trunk but that was the extent of my automobile repair knowledge. 18-year-old me always relied on my dad; he was my “in case of emergency” plan. 27-year-old me relies on AAA now.

So, I stood outside in the freezing cold, helplessly watching the snow pile up on the ground.

At least a foot of snow had accumulated by then. People were shuffling past me and I couldn’t even blame them for avoiding eye contact with me.

Who would want to be stuck in the snow when a storm was approaching? No one, especially not me. But my plans were derailed.

With a flat tire and nowhere else to turn, I panicked and called my dad, my emergency lifeline.

Just then, a young man approached me out of nowhere and asked if I needed any help.

I was in tears as I told him I needed to drive back into the city, but I didn’t know how to change a tire. His calmness, even as the snow fell faster and harder, caused me to relax. He said,

There we stood, in snowfall that was worsening with every minute. But the kind man didn’t say another word as he opened my trunk, took the spare tire out, and kneeled, burying himself in the snow to place the jack under the tire.

His clothes were soaking wet, but he continued without a single comment or complaint. I can’t remember how many times I said thank you while he worked. He remained quiet and concentrated until he finished.

When he was done, he brushed the snow off his jacket and put his frozen hands into his pockets.

I offered him money first, then coffee and food at the coffee shop in the student center. He politely declined every one of my offers, even when I insisted a few more times.

He wished me luck and asked that I drive safely back to the city. And then he walked away from me, hands in his pockets, and disappeared across campus.

I didn’t even catch his name, and I never saw him again. After replacing my tire at the tire shop near campus, I drove slowly to the city. I got to my parent’s house safe and sound that day, and it was all thanks to the kind act of a complete stranger.

When I remember this man, I think of all the good people who do kind things for others and expect nothing in return.

That day, I witnessed an act of pure and unselfish kindness. A gesture of human decency; a display of love that came straight out of the goodness of this man’s heart.

There are other people, like this man, who do good things and expect nothing in return for their help. Hell, they might not even accept something in return.

After this day, I wondered, if I knew how to change a tire, would I do for someone else what he did for me? Would I be willing to bury my body in the snow to help someone I didn’t know?

But I realized, we don’t need a grand gesture to be kind.

Sure, if you can change someone’s tire in a snowstorm, that is pretty damn grand! The helpless girl standing next to her car in tears will absolutely appreciate you. But our words can be acts of kindness too.

The rippling effect that kindness creates is not changed by the size of our good deed. We don’t need grand gestures to make someone else’s day brighter and start a chain-reaction of kindness. When someone does something for you, you want to pass along the love. And they’ll want to do the same for someone else.

Listen to a friend who is going through a hard time. Let someone with only a few items cut you in line at the grocery store when you’re not in a rush. Pay for the person’s coffee behind you in line at the drive thru. Hold the door for the people walking into your building. Give a compliment and mean it. You can never know how powerful a smile, a thank-you, or a compliment can be to someone who is struggling to keep it together.