How to Get Un-Stuck 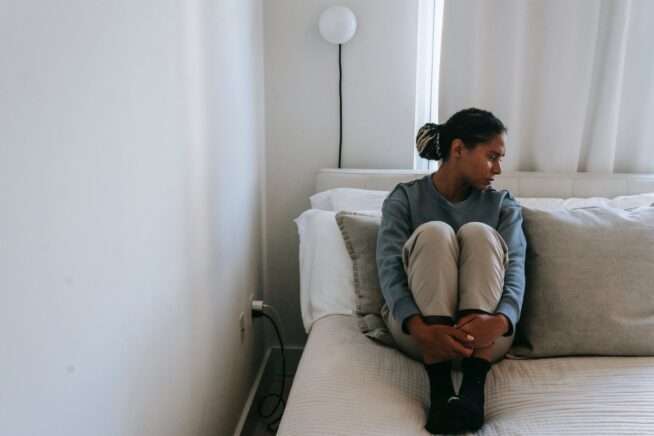 Everyone has times in their life when they ought to admit defeat. Cry mercy. Whether it’s in your love life, how you handle your money, how you handle friendships, or something else, there really is a point at which you should do yourself a favor and admit you’ve hit a wall.

We’ve seen this in everyone we’ve coached.

If you have an area in your life where something just isn’t working and you’re at your wits end, it’s time (and OK!) to admit you’re in a purgatory of sorts.

Wave the white flag. But not on yourself…

You see, there’s a reason you’re feeling so stuck––it’s because you’re in a repeat pattern and you need to break it.

When you find yourself in a familiar situation and you start to feel that inkling of déjà vu, start paying attention. The first thoughts you may notice are the same predic(k)able ones you always think when things aren’t going right:

I’ll never get the career I want.

I never get the person I want.

If you can start to see there’s something screwy about how you keep doing the same thing over and over, then it’s time to break this pattern you’re perpetuating.

So instead of running into the same wall, searching for the missing keys in the same drawer, the most important thing you should do when something in your life falls apart (again) is to stop.

Stop doing the things you usually do.

Instead, go for it: Host a pity party.

Get a white flag.

This hosted tantrum is to help you recognize life’s “maybe it’s you” moments so that you can finally surrender…and in your yielding, find a way out.

We’ve never met a person who doesn’t have at least one area of life that’s either wreaking havoc with them at that moment or is waiting in the wings ready to pop out again at the slightest provocation.

Interestingly, most people don’t know when they should actually wave the white flag, scream and cry.

Oftentimes, what happens instead is you actually perpetuate staying stuck and defeated: you keep going and going, trying to blame others along the way.

You may have some kind of a repeating theme, like “my father left and so I’m bad with men,” or “my parents didn’t help me in college, so that’s why I’m still broke.”

You may even have some level of understanding of your theme or enlightened version of your story, in which you realize that you’re in your pattern. And most people in that space, whether they understand they’re in a pattern or not, do NOT see a way out!

So we’re telling you to try something different. Wake up and cry! Wake up and have your pity party. Turn yourself into a puddle, on purpose.

Be at its helm. Have it vs it has you.

You might need to cause a bottom-out in order to stop perpetuating the same pattern in your life.

Once you do, then you can move into the next phase, where you devise your new action plan. But there’s no skimping on the pity party. There is no mercy-lite. You cannot pretend that you want to scream mercy, like, “oh well, maybe, sort of, mercy, but really it’s my mother’s fault” or “it’s my business partner’s fault.”

The most important rule for screaming mercy and turning into a puddle is that you hold yourself yourself 100% accountable.

No blame. No guilt.

It’s a profound place where you realize “no one’s coming to save me. I got myself here and I’m the only one who can get myself out of here, if I face myself.”

Once you throw out your white flag and declare you’re a puddle, you’re closer to success than you’ve probably been in a long time as you’re ready to embrace the bottom so you can find your way out. And you will.

P.S. Inner.U LIFE is a 12 session online course that gives you the tools to hack into your own life, hone your dreams, and have every last thing you want in the areas that matter most to you: CAREER, MONEY, LOVE, TIME, FAMILY, and HEALTH. Do this life thing better from wherever, whenever.

Beth Handel Weissenberger is the Co-Founder of Handel Group®, a seventeen plus year executive life coach (back when it was totally unheard of and not cool), who has taught thousands of clients to human better. Beth is the one who (already great, top of the top) CEOs, venture capitalists, and gurus go to. From Live Nations’ Michael Rapino to Gary Vaynerchuk to NFL players Justin Pugh and Nolan Carroll to singer Michelle Williams to name (drop) a few. She founded Handel Group with her sister, Lauren, almost two decades ago and has developed it into a multi-platform business with Corporate, Life Coaching, Education, Sports and Product Divisions. The Handel Method® is a unique, cutting edge, straightforward, brutally honest methodology that has been taught and developed at over 50 universities and institutes of learning worldwide, from MIT to Stanford University School of Business to Yale to Columbia to NYU and the New York Public School System. Beth’s coaching style, mad skills, and tool kit, plus the humor and honesty she wields as she owns her own dark side is exploding now, as the world implodes, and the truth about humanity can no longer be contained, even in a pandemic. What truth? Beth’s… She has worked with public and private companies delivering doubled and tripled sales, integrating previously “warring” divisions, and identifying obstacles to signing multi-million dollar contracts in short time frames. Beth’s ability to evolve corporate culture and bring about exponential financial growth has become her legacy.