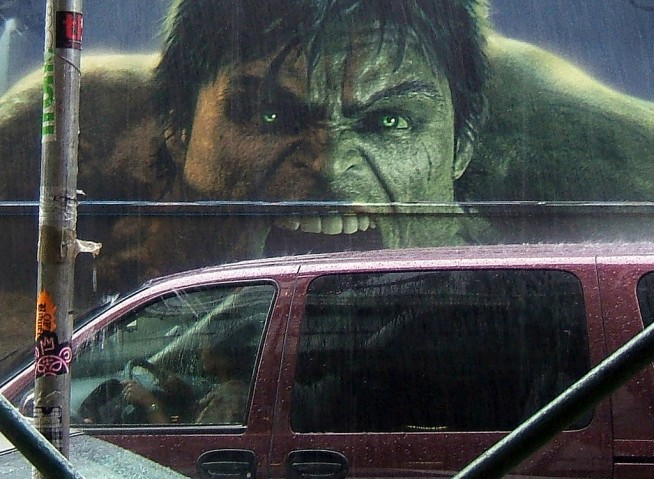 Ok, I admit it. I perjured in a court of law.

Supposedly when you go through a windshield it shreds everything in your genital area. I don’t think this happened to me, but I haven’t undressed in a locker room since.

I wasn’t hurt at all. The other guy was.

Flash forward. In court, the lawyer said, “The judge will ask you what happened. Just say it was raining and you put your foot on the brake, but the car didn’t stop.”

After the court hearing, the guy I hit followed us all the way home.

My dad and I drove around and around our block for about an hour until the guy drove off.

My dad is dead now. We talked a lot about our lives in that one hour. I loved spending quality time with him.

The other day I wrote about a friend of mine. He was suspected of something in 1991 so the government investigated him.

1991 is twenty-four years ago. The government dropped all charges. He had done nothing.

We’re all Qs at some point in our lives. At least everyone I know has been a Q.

Question: Are you a Q?

Why did the guy write me so upset about something that happened in 1991?

I had written about the perjury thing in 2010 and someone wrote an entire news article calling me a “white collar criminal.”

I get angry. If Claudia doesn’t look both ways before crossing the street and almost gets hit by a car I get angry at her. “What’s wrong with you!?”

Or if one of my kids is looking the other way while I’m talking to her I’m all like, “LOOK AT ME when I talk to you.” I need to be LOOKED AT!

That’s why we have nightmares about running around naked. The cinematographers of dreams know who we really are.

Anger can be clothing for:

FEAR: Like, if X is better than me then I won’t get as much food. Or if Claudia is crossing the street then I’m afraid she will get hit and then, selfishly, I might be lonely.

ENVY: Why should Y be getting all the toys! Don’t you know he did something twenty-five years ago! He should be banned from all human society!

STATUS ENVY: Why do people even like Kanye West? They should be liking me instead!

Celebrities are great to binge on with junk status. Why is Queen Elizabeth a queen! I should be a queen!

COMPLAINING: Claudia hates to lose at ping pong. We used to play on an outdoor deck at our last apartment.

If she lost even one point (I’m sorry, Claudia, that I have to out you here) she would scream so loud that people fifteen floors higher would open their windows to see why a wild giraffe just died.

Claudia would jump up and down and scream.

She was such a loser back then.

So much better to just stop and say, “That was no good. If I had not tried to slam it then I would have gotten that point.”

Conserve energy on the inside. Win on the outside.

Anyway, what does it matter: Six years later, Claudia beats me in ping pong now. I don’t even understand how. I used to beat her 21-0. Now she can beat me.

I should junk status-binge on her. Like, by writing how much she used to complain.

That excuses me from ever figuring out the real reason for my loss. It’s his fault anyway!

This happened to me in 2001. Everyone told me to blame my stock broker and sue him.

But the first rule of making money is to never blame anyone else. Take up all that energy inside of yourself and learn from it. Else it’s like you’re peeing everywhere.

When a dog pees it marks its territory. But he who pees everywhere, has territory nowhere.

Listen: Energy flows from inside to outside. My inner energy, to my imagination, to my ideas, to my actions, to the world.

The more energy you store up on the inside, the more impact you can have on the world.

Anger blocks that. It’s like a clot in the blood, blocking the flow to the heart, the source of all your life.

When the aliens dropped us off on Earth for our vacation here they handed out a small piece of energy to each one of us.

When it’s not blocked and we share it to help people or to do good or to be healthy, then it comes back even greater.

When Google helps people by telling them a good website to go to, the people come back to Google and even tell their friends. Then Google has more energy and becomes a bigger website and ultimately a $300 billion company.

When I create more energy I can tell you that my life feels incredibly lucky. Good things happen.

For everyone who wants to envy, or blame, or is afraid, or is complaining or blaming, I hope they stop. Or, at least, I hope they realize what they are doing .

Maybe I say this selfishly. Because I don’t want anyone to pee on me.

But, whatever. People do what they do.

When we all go back to the mothership, we have to give all of our energy back anyway.

Does it matter if some have none and others have everything.

Claudia, you just got LUCKY the last time we played ping pong! Stop talking about it already. You won’t like me when I’m angry!