From Addiction to Hope: How Photography, Positive Thinking and Kindness Illuminated My World

From Our Community | Giving, Inspiring, Loving 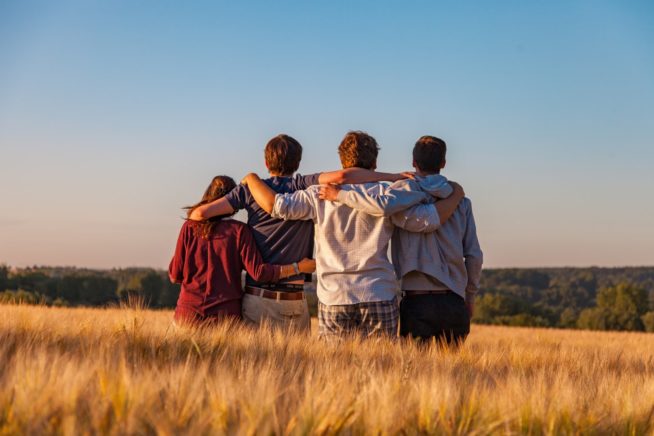 If someone today were to ask me about a defining moment in my life, I would tell them about how when trying to help others, I was transformed. It was not so much what I gave that changed me but rather, what I received in return and this during the lowest point of my existence. I would like to share this story, my story with you.

Drug addiction became part and parcel of who I was for 7 years. In a tale lived many times by many others, the addiction started out from a naïve desire to escape my reality and it all snowballed into a nightmare that became my constant companion.

I say ‘naïve’ because at first, I did not know what addiction truly meant. I did not know that those hours of escapism came with a crippling toll: a gradual loss of self-control which led to a broken career, broken relationships and a broken self.

From Pain To Purpose

I attempted to regain a sense of control over my life by throwing myself into amateur photography. Armed only with my phone and a sense of hope, I would try and capture what to me were the joyous sides of life such as flowers, colourful birds and blazing skies.

At a time when my self-esteem was low, I confess that accolades I received after posting some of these pictures on certain groups on Facebook shamelessly stroked my ego. Yet, I reasoned this was the one part of my life that shone bright so humility be damned.

My perspective changed when a stranger online told me that the pictures I posted gave her joy on bleak days when her cancer was particularly painful. Those words made me aware of how this simple act of mine of posting pictures could spread light in dark corners.

The realisation that I could help people in some ways even if I was myself struggling in one of life’s riptides shifted my perspective from needing my insecure greatness validated to the desire to try and better the lives of others. I now had a new purpose that shone like a beacon of light, one I would cling to.

I reasoned then that if I, one person, could positively impact another in such a simple yet meaningful way, then if several people were to use photography to spread joy by capturing moments of positivity and sharing them, the results should be blinding. I decided to put this theory to the test.

I created “PicturePositive,” a Facebook group dedicated to capturing human stories of happiness and moments of positivity in pictures and sharing them to show the world and those that needed it that life was worth living.

The group started with 40 members. It received media attention in Ottawa and since then, over a 12 months period since its creation, more than 1,300 people have joined from 82 countries throughout the world.

People posted pictures of their wedding day, special moments with their children, of dolphins they had saved, of how they had overcome cancer and mental illness and the magical list goes on. Each picture was usually accompanied with a few sentences. Together text and image conveyed the emotion of joy and often of hope.

The group members commented on each other’s pictures saying how these pictures gave them hope, inspired them, made them feel the world was a wonderful place. These incredible people even supported other group members who were going through rough times, sometimes by getting directly in touch with them. Friendships were formed. I was even told that people on the verge of suicide found hope in this group which pulled them back from the brink and that people with illnesses would turn to this online community for a moment of healing solace. All and all, community members thought PicturePositive to be a safe haven of positivity in a world where negativity was a major currency.

For months, I felt that I had helped in a small way make the world a better place in collaboration with all the wonderful souls on PicturePositive. Little did I know that the worst and through that, the best was yet to come.

The Worst: A Horrible Accident

One fateful night after yet another relapse, I tumbled from my balcony, five floors high and hit the concrete below. Close to death, I was taken to the hospital where I underwent 15 hours of surgery.

I came to, with 2 broken legs, a broken pelvis, a broken wrist and countless cuts all over my body. Unable to move on my hospital bed, I flitted in and out of consciousness as minutes turned into hours which turned into months, all this while I was barely aware of the passing tide of time, too preoccupied with the bandage changes, the blood tests and the countless IVs.

The Best: A Community To The Rescue

At the lowest point of my life, the PicturePositive community banded together and provided me with the kind of support I never even knew possible and that from people I had never even met before.

My hospital room was filled with flowers, cards and visitors. I made friends out of strangers and these same strangers did me great favours, from bringing essentials from my home to giving me much needed relief from the monotony of hospital food.

The kindness did not stop there: people flew in from places like Texas to come help. Group members even contacted my parents who were overseas asking how they could help and regularly provided reassuring updates on me to them.

I chose to focus on all the compassion I received because it gave me hope and strength which helped me get through all the surgeries, all the long moments of sadness and feelings of failure while lying in the hospital unable to move for months. The good I was experiencing formed buoys of hope in what often felt like an ocean of despair.

I quickly became aware that I was receiving so much more kindness and support than I felt I had given, that the small flame I had thought I used to light in a small way the life of others was returned to me in a torrent of warmth, love and caring which helped to nurse me back to health. In many ways, through this experience, I gained a new family in the people of PicturePositive.

The Lessons Taught By Adversity

Now that the dust has settled, it is impossible for me to fully convey in writing how much this experience and its lessons changed me to the very core. Instead, as a small way for me to give back to the world which gave me so much, I can only share what I learnt in the hope that someone will find this useful in their life journey.

I learnt that one need not wait for one’s life to be perfect before starting to help others. On the contrary, sometimes it is during the greatest struggles that we find a burning candle that we can use to light other candles around us.

As someone who prided himself on being self-reliant, I learnt that we all need help sometimes and that being able to accept the help offered is at least as important as being able to ask for it.

I heard that when one gives selflessly, one receives tenfold. Maybe this is why I was showered with so much good or maybe it was that I fell on a community of angelic souls, I am not sure. Regardless, for having been on the receiving end of generosity, I know that helping others makes the world a better place for everyone.

I now believe that we fall into hard times to learn about how to one day help others who are in turn in need. In the future, I will know how to (and I will) go all the way for anyone who requires help in dark moments.

Through the willingness of people to share their joy and through the help I received, I discovered how beautiful humanity can be and I feel that despite the naysayers, there is hope yet for our species.

I saw firsthand how beauty can arise from horror, how unbelievable inspiration and hope can spring from desperate situations. My takeaway is never to give up because there is indeed always hope in any situation as even in the most dire circumstances, help can come from the most unexpected places and from this possibility, hope is born.

Addiction led to a lot of pain for me, my family and for my friends. I wish I could undo the bad but since that is not possible, I then choose to believe that the difficult moments were all for a reason: to teach me all these lessons and make me a better, a much better person. At the very least, the herculean efforts made by those on PicturePositive to help me, provided me with the motivation I needed to resolve to do whatever was necessary to live a sober life out of respect for those who put their lives on halt so that mine may continue.

I reason that if PicturePositive, one group, could positively impact people, most of all myself, in such profound ways, then if several groups were to spread joy in different ways, then the results should be extraordinary. I hope that others throughout the world will collectively put this theory to the test.

Kevin Chitamun is a recovering addict who created “PicturePositive“, a global Facebook group dedicated to capturing moments of positivity in photography and sharing them so as to help people in the world. This adventure has taught him many lessons that he wishes to share in the hope that it will make the world a better place.