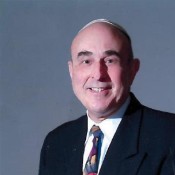 Rabbi Hirshel Jaffe, a cancer survivor, is the author of "Why Me? Why Anyone?" which chronicles his rescue from leukemia and his spiritual triumph over despair. Hirshel is called "The Running Rabbi" for competing in the New York City Marathon. On behalf of cancer survivors Rabbi Jaffe received the "Award of Courage" from President Ronald Reagan and was nominated for Man of the Year by the Leukemia & Lymphoma Society.  Rabbi Jaffe was a member of the Clergy Delegation visiting the American hostages in Iran and upon their return he was invited to greet them at the White House. He is the recipient of an honorary Doctorate from his Seminary for "his work with the sick and his noble influence upon all people."
Inspiring

Blessing the Good and the Bad

Never Give Up On Your Dreams

The Sin of Shaming Others

In Memory of the Students Who Perished in Parkland

How Guilt Can Be a Positive Force for Good

Am I Living the Life I Would Like to Be Living?

Yes We Can Overcome What Faces Us

May Love Be the Meaning of Your World

The Wonderful Gift of Robin Williams