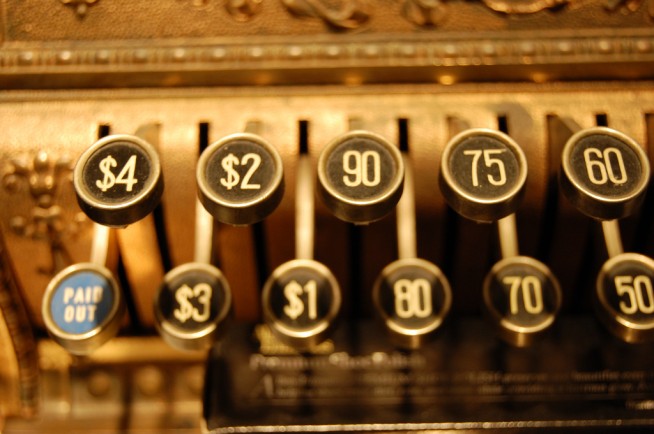 I lost $15mm cash in one summer. It was about a million a week and then it picked up speed. Ugh, I’m like reading the newspaper twice. I know I’ve written about this before.

But bear with me.

I thought about money all the time. I wanted to make $100 million. Then…I thought…I can finally feel like I achieved something.

That’s how stupid I was. I then lost my house, lost my marriage, lost my friends, lost my family, lost a lot of opportunities.

It was only when I found things more valuable than money that I was able to easily make money. Money is a byproduct of the following:

PLEASE GOD, give me the strength to not take the five minute call with the person I don’t like.

I can lose all the money in the world but I can make it back. I will NEVER get back the five minutes I could’ve spent with my daughters.

Children want someone to tell their stories to. I make her laugh. Five minutes of making her laugh she will remember forever.

She will say at my deathbed, “He always made me laugh,” but only if I devote those five minutes to her. That’s more valuable than money.

B) Writing down ideas

Ideas are more valuable than money. Income has gone down versus inflation for forty years.

And people say ideas are a “dime a dozen.” I can tell you this is not true. Pick any concept. Like say, “Ten ideas of novels I can write.” Maybe the first three might be easy (“a dime for three ideas”). But ten starts to get difficult.

Then people say “execution is everything.” This is so wrong.

First, you can’t execute without a decent idea to begin with.

Second, execution ideas are a subset of ideas.

Money lasts for a few seconds in my hands. But ideas can grow and build and spread and touch everyone I know and then everyone they know.

C) Ideas for Other people

I had $0 in the bank in 2008 when I was getting my divorce. I had almost zero friends because I was so ashamed of my circumstances I was afraid to tell anyone. “You mean it happened to you AGAIN!?” they would say.

Then I started to make money.

How did I start making money? I started sending “Ten Ideas to Make X Better.” Where X might be a person or a business. Then I would send to X.

One out of fifty would respond. But that’s ok. That’s all it takes to make millions.

In the above case I had to (and still do) send out hundreds of emails. I had to do hours of research to come up with ideas. I had to go to meetings without any clue what the outcome would be.

I can get in the car, drive two miles to the gym, and then walk on the treadmill for two miles while watching about Ebola on CNN in front of me.

Or I can sleep well, eat well, and take a few healthy walks during the week.

Sometimes Claudia, my wife, makes me do yoga with her. Ok, I can do that also. Sometimes I think I’m very good at it when I finally touch my toes.

I don’t care how long I live. If I die tomorrow I feel like I’ve lived a life worth living. But I do want quality of life until I die. My father spent the last two years of his life staring at a ceiling because he was paralyzed from a stroke.

I keep healthy because if you spend two years of your life staring at a ceiling, money is worth zero.

What the hell happened?

I can’t pay people to laugh. Money doesn’t make me laugh. Except when I’m bathing in it and pretending to be Dr. Evil.

Laughter is linked to all sorts of things that make you healthier. Like it releases oxytocin throughout the body which gives feelings of happiness and calmness.

I have to give a TEDx talk later. I need to laugh before then.

Here’s my go-to laugh items of the day:

When I was dead broke (again, or prior) in 2001 I would volunteer in a charity.

So instead of feeling bad for myself or getting anxious about killing myself because I had no money, I felt good about the charity work and I also got a crush on the woman doing the work with me.

Nothing happened in the crush but sometimes the hint that love is all around is enough to stop the anxiety and cure the worries about money.

Giving is a soft boomerang. You throw it as hard as you can. It touches everyone around. And then it flies back into your hand.

And you know what? When you catch it, that feels like fun. Fun is a game. Fun is better than money.

The universe has been around for 13.2 billion years (acccording to a professor I spoke to yesterday. Maybe he’s right or maybe it was created one second ago by aliens who are doing a scientific experiment and we can’t even tell).

Your body will be dead. So will your mind. Hardware fails, but your software (your DNA) will live on.

The best thing you can do for your DNA is to leave a legacy. We know that money doesn’t work as a legacy. It disappears after a few generations. But other legacies can live for thousands of years. Your ancestors, your ideas, the light you have shared with others.

One Christmas I bought my kids big beautiful presents. Now we all try to remember what they were but we forget.

Other Christmases I find a great location, rent a beautiful place, get a ping pong table shipped in, and my kids and I fly out there and have fun for ten days. Then Claudia makes a poster about the experience.

For years we talk about the different experiences. My kids will never forget it. I converted my money into an experience rather than just another material good.

I’m preparing them for all the great things they will have to talk about on my death bed.

I am more valuable than money. I’m such an amazing thing. With DNA, and neurochemicals, and I try to make people laugh. And I try to help people. And I’m amazingly humble. NOBODY, and I mean NOBODY, is more humble than me.

Nobody is more deserving of love than me.