The Scientific “Compliment Formula” Can Help You Make New Friends 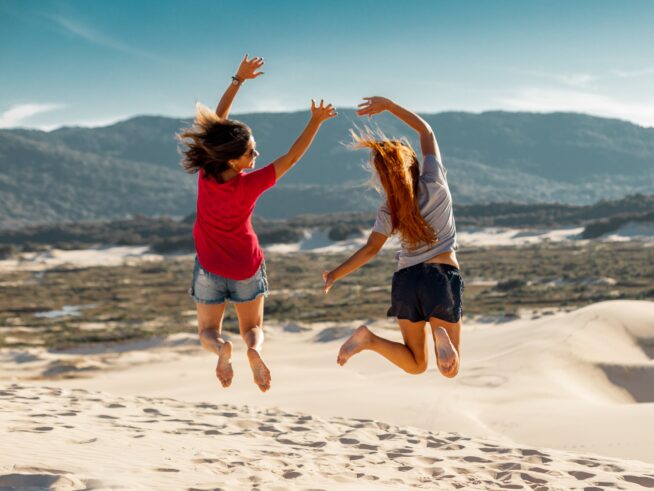 I didn’t realize it at the time, but I accidentally used this strategy to make my first friend overseas. I arrived friendless and alone on the shores of England for my first year of college. I knew I needed to find friends fast.

Even though I was anxious about meeting new people — how could I impress them? Didn’t all British people hate Americans? — I was lonely enough that I would do anything to make a friend.

So when I met Hannah for the first time, I knew I wanted her to be my friend. She was cool, genuine, quirky. She was also intimidating. But still, I hatched my plot to befriend her. I would use the technique that always worked on me.

One day at lectures, I sat next to her and waited for the right moment. She raised her hand to answer a tricky question from the professor. I sprung my friendship trap.

“Hannah, your bravery is so impressive!” I said. “I never would have put my hand up for a question like that.”

“I know! I was scared of getting it right. But I’m trying to put myself out there more,” Hannah replied. And just like that, we started talking. We had coffee together in between classes, and later, she invited me to a house party of a friend of hers. Eight years later, we’re still great friends and talk practically every day even though we live 4,000 miles apart.

How come compliments are so good at making friends? Neurologically speaking, research from Izuma et al, receiving a compliment activates the same receptors in your brain as when you earn money. You’re literally being paid a compliment. It feels amazing.

But part of the power of compliments is that they’re extremely formulaic. Wolfson & Maines wrote in their 1980 paper that despite the virtually unlimited number of possible word combinations that could be used to construct a compliment, English speakers default to a very few options, mostly focusing on a single one:

You go with a noun phrase (you, your hair), stick on a verb, add an optional adverb like really or super, and then end with a positive adjective like good or great.

They hypothesized that the advantage of using a “compliment formula” rather than something more unique is because compliments play a pivotal role in society. They lubricate so many of our conversations and interactions that they should be instantly parseable as a compliment. In their words, the formula “prevents misunderstanding and minimizes differences which might interfere with the solidarity-creating function of compliments…[but]…it must be interpreted as sincere and spontaneous.”

This lets us give compliments that we know will be understood as compliments, but without making them any less genuine or honest. Compliments like that can be used to build a friendship based on mutual goodwill between compliment-giver and recipient.

It certainly did so for me and Hannah.

Here’s how to drop a friendship-boosting compliment today.

Anyone can use this formula — in fact, you probably already have without even realizing it. That’s the beauty of the formula. It’s subtle but effective.

Once you know about it, you can easily deploy it when you need it most. I’ve used it when meeting new people I want to like me, escalating acquaintances to the friendship level, or even at interviews to make a good first impression.

The crucial thing to remember that elevates the compliment formula from a generic, meaningless platitude to a powerful conversational tool is specificity. As licensed clinical social worker and psychotherapist Marcia Naomi Berger explained to Sara DiGiulio at NBC News, “The best compliments refer to specific character traits, behaviors, or appearance.”

Next time you want to use this compliment formula to solidify your next friendship, remember the simplicity of the formula paired with the specificity of the compliment. Compliment something that’s changed recently, like a haircut or a new outfit. You can also comment directly on something that just happened like I did with Hannah when she answered the scary question.

I’ve used this compliment formula consciously and subconsciously my whole life. There’s a reason simple compliments are so powerful — they’re the social lubrication that smoothes out our relationships and interactions. Next time you’re faced with a potential new pal, try out the compliment formula and see how it boosts your friendship to the next level.