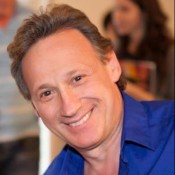 BERNARD HILLER  is the premier acting and success coach in Hollywood. His revolutionary techniques and methods have taken the artistic and business community by storm. He teaches is sold-out Masterclasses in over 16 countries. He trains top artists in Los Angeles and CEO’s around the globe. His methods of “behavior transformation” has resulted in amazing acting and business success. Bernard has started the career of Cameron Diaz and coached Jeff Goldblum, Lionel Richie, LL Cool J, Vanessa Hudgens, Jamie Doran, Emma Roberts, Billy Crystal, and Jennifer Garner to name only a few. Leonardo DiCaprio recommends him as the top coach in town. https://youtu.be/gzLjwqELOgc Bernard's #1 Acting and Success book is a must read. It's in several languages. "Stop Acting-Start Living".
Inspiring

Being an Artist Is the Most Important Job for Society!

Want to Win an Oscar?

4 Most Important Things in Life!

All Fears Are Questions!

Why Are the Comfort Zones So Uncomfortable?

Are You Afraid to Say “No”?

Are You Feeling Sick?

Why Does the World Need Artists?

Things Your Future Self Will Thank You For!